Due to several comments, which objected the version 1.3.1 as too large, a conversion was made, which reduced the file size from formerly 24,998 to now 3,103 kb, without losing any content. Therefore, changes compared to the previous version can be found in particular in the file structure.

The former sheet [ADDVAR], which contained the non-IQ variables for correlation analyzes, has now been integrated into the sheet [NAT], to the right of the summaries of IQ samples at country level. A new table named [SEL] has been integrated to work as a filter for sample level data. All numbers in this new table are identical to those listed in the known table [REC]. This made it possible to select variables for correlation analyzes without having complete correlation matrices permanently in the file. So, the tables [STATCOR(REC)] and [STATCOR(NAT)] could also be excluded.

Two new tables [STAT(REC)] and [STAT(NAT)] now working as templates for descriptive statistics and correlation analyzes on the cross-sample level (REC) or cross-national level (NAT). To use them, the respective names of columns as capital letters must be typed into the yellow fields. An index of which column contains which variable can also be found in the two mentioned tables.

Two new countries have been added: Djibouti and Benin. Both were sourced from two publications in press (Bakhiet, Becker & Lynn; Bakhiet et al.). Both were measured with the Raven’s Standard Progressive Matrices Plus and the mean IQ of the sample from Benin was estimated as 70.36 and the mean IQ of the sample from Djibouti as 52.14. A comparison of the IQ-distributions within both samples, together with a third new sample from Sudan (Husain et al., in preparation), in comparison with an idealized distribution of a British norm-sample (Raven, 2008) can be seen in Fig. 2. 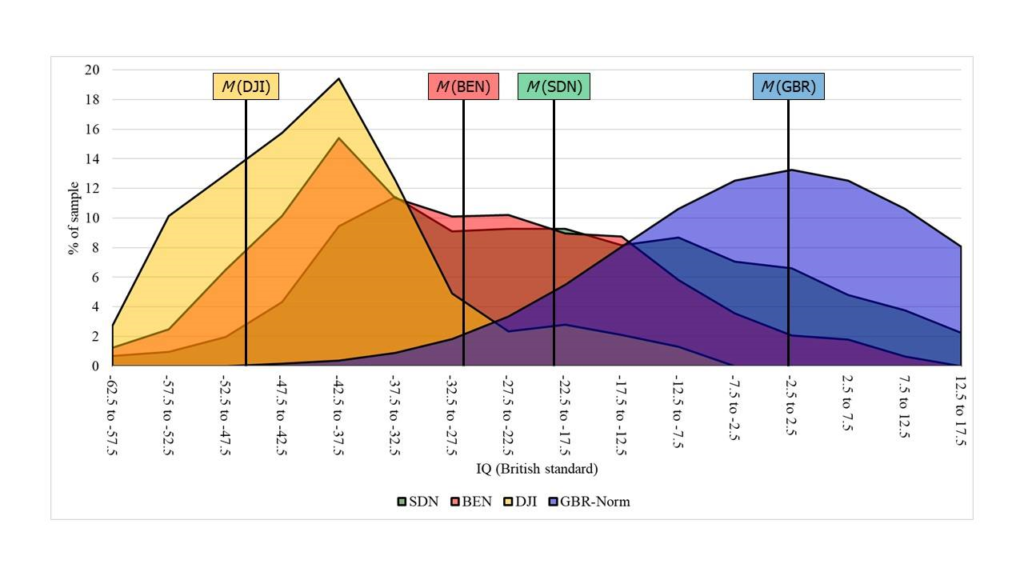 Furthermore, 18 new non-IQ variables have been added, e.g. shares of religious groups in the total populations, demographic variables for more than the recent year and the proportion of consanguinities on all couples. The scatter plot of the relation between the latter and national IQs can be seen in Fig. 3. Data for consanguinity were taken from Bittles (2001), prepared by Woodley (2009, Appendix A), and Tadmouri et al. (2009). 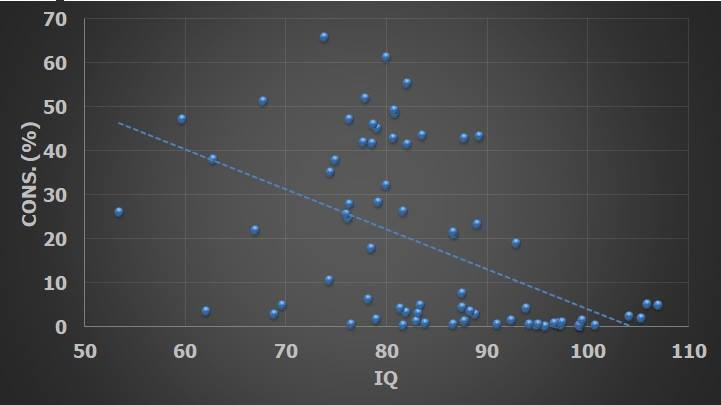 In addition, some bugs have been fixed, e.g. a double-used sample from Sudan, a wrong geographic mean for North Korea and several errors within a sample from Haiti (ID: HTI5439).